Windows 7 has an upgrade to Virtual PC which allows you to run Windows XP applications virtualized on your Windows 7, without having to run the whole desktop running.

I still have to use Visual Studio 2003 to support some old good applications including SharePoint 2003 apps. So I have used a Windows XP virtual machine to run it, but now I can fire up Visual Studio 2003 directly from my Start menu in Windows 7. As most of you know, you can’t install VS2003 on a Vista or Windows 7 machine, and I don’t even want it there either.

It’s also great for having Internet Explorer 6, 7 and 8 on the same machine!

Here are some pictures of the Windows XP Mode features. 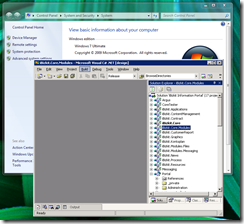 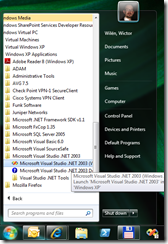 The published Windows XP applications in the Windows 7 start menu. 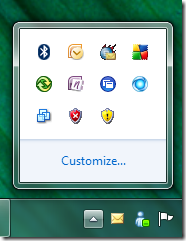 I’ve been annoyed for some time at that you cannot prohibit your users from selecting “No Quota” when creating Site Collections. Yes, you can set a default to use but the “No Quota” option is still there. Most probably you have some governance plan or similar that says that you should set quotas when creating Site Collections, but you know that sometimes you forget or somebody doesn’t even care or know what setting No Quota implies.

I’ve had an idea for some time to gather all mine and others nifty extension, utility and helper methods into a shared library so that these can be reused in different projects and I finally got my act together and created a new project on Codeplex called SharePoint Extensions Lib, http://spexlib.codeplex.com/, SPExLib. This is a library filled with extension methods to the SharePoint object model and to the Microsoft.NET 3.