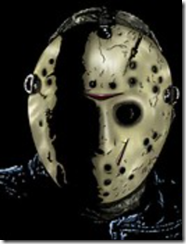 Hey, happy Friday the 13th! Here’s a small Office Roadmap update for all of you Jason fans!

Not that many changes this time around, but still interesting, and a lot of Outlook 2016 for Mac releases.

Happy Friday and welcome back to another Office Roadmap update. This time the day before the big SharePoint Saturday, here in beautiful Stockholm, where we all are going to indulge on the goodness that was announced a couple of weeks back at the SharePoint Futures event. Lot of new stuff in the mobile space this time around. Changes 2016-05-20 Launched Windows Universal App: OneDrive UWP (Universal Windows App) are now launched and live (new) User Activity Reports: Compliance center improvements for OneDrive/SharePoint on document views/edits/downloads etc (from in development) Intelligent Discover for Android: Discover (Office Graph) view in the Android OneDrive app (new) Mobile Access to SharePoint Online for iOS: Access your SharePoint files from the OneDrive app (new) Office 365 Groups: easily add users from a distribution list to a group: this is cool, now you can add all members from a DL to an O365 Group instead of one user at a time (new) Self-service NGSC setup and goove.