Yesterday we had a Swedish SharePoint User Group meeting, hosted by Connecta (yes, my new employer). We had a new record with number of participants, over 60 interested SharePointers of all kinds showed up to listen to MVP Göran Husman, Humandata, talk about the news in SharePoint 2010 and Peter Karpinski, Microsoft Services, talk about how to do Rapid Application Development with SharePoint 2010, SharePoint Designer 2010, Visio 2010 and InfoPath 2010 and how to script you SharePoint 2010 installs. Thank you for great shows and thanks to everyone who showed up.

I hope we can continue this trend and have as many people in each meeting and there will be meetings in other cities than Stockholm during next year. 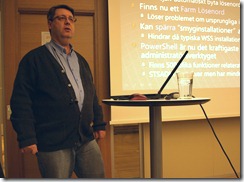 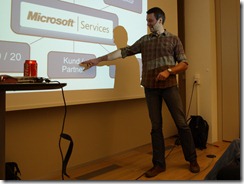 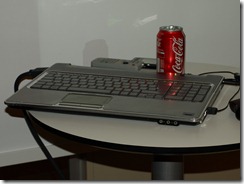 I also did a short intro presentation about the survey we had earlier this autumn about the UG meetings. And from that survey I think that we will have meetings every other month or so (depending on how much people will engage). A lot of new people was interested in having a session and/or wanting to host future meetings – expect to be contacted soon for next meeting. We discussed having a meeting during Techdays 2010 in March and can hopefully squeeze one more in before that.

Post will be updated when I have Görans and Peters presentations and Peters Awesome Install SharePoint With No Hands scripts.

Working with SharePoint 2010 is really a joy, you stumble upon great things all the time. The API has not had any revolutionary changes to be backwards compatible; but small changes here and there, both publically visible and internally, really makes the API better than before. SPListItem.SPContentTypeId To get the Content Type Id of an SPListItem you had to first get the SPContentType from the SPListItem.ContentType and then get the Id of the content type.

SharePoint 2010 comes equipped with a set of new tools to improve the monitoring of your custom applications, there are built-in functionality to check how long your operations take, how many SQL Server calls are done etc. All this is logged and can be visualized in the Developer Dashboard. Another good thing with this is that it’s not something that just automatically is there but you can also hook yourself into the monitoring and the actual Developer Dashboard.