Yesterday I abandoned my streak of Sony-Ericsson mobile phones which started many years ago. In fact it started when I was studying and working for the summer at one of Ericssons mobile phone assembly lines with the GH-688. Since 1996 I have been using them, except for a short period when my employer forced me to use a Nokia.

I was choosing between upgrading my Sony-Ericsson P910i to a Sony-Ericsson P990 or the HTC TyTN. After some consideration I went to the mobile phone store and made a deal with the salesman. 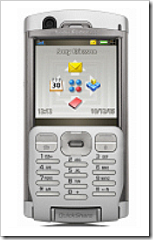 So now I’m in posession of a brand new HTC TyTN a Windows Mobile 5.0 based Pocket PC phone and I really like it so far!

The reason for purchasing the TyTN was:

The TyTN uses Windows Mobile 5.0, which should suite me better since I now can use the .NET Compact Framework to develop applications. The Sony-Ericsson P-series uses Symbian-OS with the UIQ platform. UIQ is not bad, but has it’s limits in programmability (compared to the well known .NET world). Unfortunatley Sony-Ericsson aquired UIQ Technology AB a few weeks ago, which I think is troublesome since UIQ will probably not appear in other phones than Sony-Ericsson phones.

The TyTN feels much more modern than the (really long delayed) P990. If P990 appeared a year ago, when first promised, I think I would have got one.

I’m pretty convenient with and fast writer of the P910 keyboard so the P990 keyboard is okey, but the TyTN keyboard is so much better. It’s larger and you flip it out on the side and the screen rotates 90 degrees, so you have a much more better screen to read and write on. 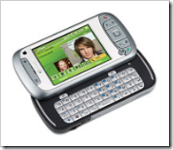 Since the Pocket PC/Windows Mobile world is larger than the UIQ, there are more software available.

Only about a day and a half has gone since I got it so I guess there is more to discover.

Bredbansbolaget, one of swedens largest broadband provider owned by Telenor, has a remarkable lousy password policy. The password has to be between 5 and 8 characters, and valid characters are a-z, A-Z, 0-9 and _ (underscore). With your username and password you can access your personal information, your e-mail, buy music, videos and lots of stuff and have it all on you internet bill. Having this bad password policy goes against all recommendations nowadays and I think they really should consider changing it.

My favorite Windows Explorer replacement Total Commander is in beta for version 7.0. Total Commander is a great tool for managing files and folders and totally replaces the Windows Explorer for me since it is so much faster in managing files and folders in just one simple window. Version 7.0 contains mostly a nicer interface but includes some highlights such as: Show the drive names in the tabs Alternating background colors on files and folders Nicer overwrite dialog with thumbnail preview Run as administrator when privileges are insufficient I have been a huge fan of the application since I first discovered it years ago (when it was called Windows Commander).