The year of 2009 is about to close and it’s time for me to summarize this year, as I’ve done for the last few years (2006, 2007 and 2008). This year has been one of the most inspiring and exciting years for me in a very long time. I have been doing so much fun stuff this year.

The most significant change has been starting to work for my new employer Connecta (after nine years at basically the same employer). I needed some new challenges and I now work with some really talented people from whom I learn and share so much. As you readers know, it’s all about SharePoint for me and I have done some awesome projects this year that I’m proud of and really looking forward to some SharePoint 2010 gigs. I also finally got my MCT certification and already scheduled a number of courses for next year, looking forward to meet some aspiring SharePoint students!

Another really cool thing is that just a few weeks ago I signed a contract with Manning Publications about writing a book on SharePoint 2010, first chapter is due in a few days. This is something that I wanted to do for some time; it’s hard work but it makes me get even better – and that’s why I’m in the game. More details on the book in an upcoming post…

I continued to blog about things that I’ve found interesting – not as much as I had hoped for. I’ll try to get better next year, even though focus will be on the book for the first few months. But if I take a look at the statistics it looks like it has been a great year – thank you all new followers. The most popular post this year has been:

I’ve made a big commitment to the SharePoint community this year – and I like it, I like it a lot! It has been so fun and rewarding commenting, tweeting and meeting with the incredible SharePoint community. Can’t imagine any other community that has so much fun together! Unfortunately I missed the highlight conference in Las Vegas and the chance to listen and meet the rest of you, due to the change of employer. I hope I can make it for another year.

Here in Sweden we started the SharePointCommunity.se site to gather all SharePoint interested people and the Swedish SharePoint User Group under one umbrella and we have reached close to 500 members. The User Group here in Sweden have had some great meetings and presentations with a great number of people. Thank you again to all speakers and participants. Next year will be awesome!

I’ve been fortunate to have had a few presentations for the Swedish SharePoint User Group (in February two sessions and one in September) but the most fun presentations I’ve had was the one in Copenhagen at the first European SharePoint Saturday and the one at the Swedish SharePoint and Exchange Forum. It was awesome meeting all these cool people I only have had 140 characters discussions with. One of my first assignments with my new employer was a SharePoint 2010 seminar which we presented on a huge cinema screen in an almost full theatre – just loved it! I hope I will get more opportunities in 2010 do some more SharePoint love!

As always I fiddle around with SharePoint as much as I can and I finished version 2 of ChartPart, which you can find on Codeplex. ChartPart v 1 had about 10.000 downloads and version 2 has had close to 3.000 now (and 4.000 in beta). Together with Keith Dahlby I got the SharePoint Extensions Library out – and I’ve received very good feedback on it. Two other projects also ended up on Codeplex; Windows Live ID Authentication for SharePoint and TweetPart. I will try to get these updated to support SharePoint 2010 to 100%.

Last year I did some predictions, as I’ve done now for a couple of years. I guessed that 2009 will be a year of constant betas – and man I was right. Windows 7 betas, Office 2010 betas and SharePoint 2010 betas has been making my days wonderful/peculiar this year. I predicted that Office 14 would hit the streets – now we now that we won’t get the final bits until mid 2010. I was right about Internet Explorer 8 and Windows 7. I also predicted that Microsoft would go for more open source projects and I think they very well have lived up to that – just take a look at Codeplex where Microsoft have released a great amount of awesome projects.

What about 2010 then? We all now that Microsoft is focusing everything on Office 2010 and SharePoint 2010 and they will continue grow even stronger. But I think that during the later parts of 2010 Microsoft will have something extraordinary coming in Windows Mobile 7. They must have, otherwise it’s game over for sure for Windows Mobile.

Another thing we will see starting emerge from Redmond is a new Internet Explorer, it’s loosing market shares, so I expect some major improvements in standards compatibility and of course some new creative thinking.

That’s all folks. The last year of this decade is over and it’s time to grab the bull by it’s horn and face a new one… 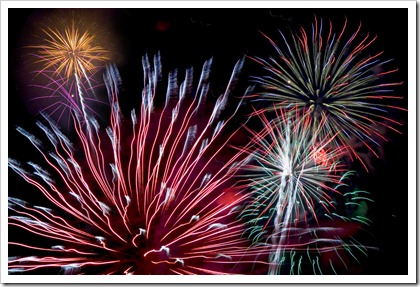 SharePoint 2010 comes equipped with a set of new tools to improve the monitoring of your custom applications, there are built-in functionality to check how long your operations take, how many SQL Server calls are done etc. All this is logged and can be visualized in the Developer Dashboard. Another good thing with this is that it’s not something that just automatically is there but you can also hook yourself into the monitoring and the actual Developer Dashboard.