This year has been an interesting year to me and contained some really interesting milestones, happenings and events.

This year I’ve written basically the same amount of posts as in 2011, even though a new SharePoint version has been released. Basically it comes down to that I’ve been working a lot and haven’t had time to finish up some of the posts I’ve started and I’ve been busy with other commitments in the community. Anyways, I hope you enjoyed what I’ve written – I try to keep the quality up rather than the quantity.

What’s really cool is that I now on average have more that 1.300 daily subscribers to my blog, a 30% increase since last year. Thank you!

The most popular posts this year has been:

The most popular post (from all years) is still the “Fix the SharePoint DCOM 10016 error on Windows Server 2008 R2” post.

No books this year – done that once…

I was re-awarded the Microsoft Most Valuable Professional, MVP,  award for SharePoint for the third consecutive year. I’m honored by still being a part of this group of community contributors.

What I’m most proud of this year is that I passed the Microsoft Certified Architect for SharePoint, MCA, certification. This is a certification, currently only held by five individuals worldwide, which proves that you can “architect” a business and technical solution based on SharePoint and related technologies. What I do like about this certification is that it is not just a test or a lab (you get those tests while doing the MCM/MCSM, which is a pre-requisite for the MCA) but instead it is a mix of interview, business case, portfolio, presentations and Q&A’s, where you really must show that you understand business requirements, budgets, time plans etc. You can read more about my take on the program here – What is a Microsoft Certified Architect?

I got my fair share of travelling this year as well, a bit less than last year – which my family appreciated though. I had the opportunity to speak at a couple of conferences – where the International SharePoint Conference 2012 was the highlight. This conference was something extraordinary for both the attendees and us speakers. I really enjoyed working together with the team on the dev-track building out our solution and sessions and it was so fun having the whole team on the front row supporting (and a little bit of heckling) each other during the three days. I will be back next year in London!

I also had a blast at the first SharePoint conference in Croatia, and I hope I’m invited again and as usual our local SharePoint and Exchange Forum – which just keeps growing!

Microsoft arranged the SharePoint Conference 2012 in Las Vegas to unveil the spanking brand new SharePoint version…well it turned out that the product was released a month ahead, so the conference didn’t have much new information. In my opinion this was a pretty bad conference – the depths of the sessions was to low, to many of the speakers should not have been allowed on stage, and what a total disaster when all Microsoft talked about was how good the cloud is and they had no Internet connectivity. I really hope that the conference team get their stuff together and rethink a lot of things for the next conference!

I can’t really write a summary post of 2012 without talking about the Cloud. Microsoft (and other vendors) really put all their money on the cloud this year – nothing new with this, it’s been going on for years, but this year it’s more clear than ever. Well, the cloud is nothing new – it’s just a new name for the Internet, Application Service Providers, etc etc, it’s more of a marketing term.

Since the release of Office 365 the transition of SharePoint to the cloud has started (BPOS was first but SharePoint wasn’t cloud ready at all at that time). With this new wave of SharePoint and 365 the SharePoint cloud offering is even more evident – and we don’t know now where it will end, I’m not sure even Microsoft knows that yet.
We’ve been running 365 for a year and a half now and we still suffer a lot from different strange issues (that could be a post on it’s own!). Hopefully once upgraded the service will be more stable and useful.

I might sound a bit doubtful about the cloud – and I am. For the vast majority the cloud (read 365) is a great option instead of hosting and managing their own instances. But for large enterprises (the clients I’m normally working with) 365 is not even an option…

Only time will tell…

This is the part I really enjoy writing and thinking about at this time of the year – looking back at my last years predictions and looking in the crystal ball for the upcoming year.

Last years predictions wasn’t that good – Silverlight is till not dead (someone hooked it up to a CPR machine) and all the browser vendors seems to be on some kind of honeymoon. My wish that 2012 was a bit less cloudy failed miserably! The only thing I think I got right was that Windows Phone would have momentum and by looking at some stats there’s some truth in that.

So what do I think about next year?

What do you think?

Thank you and a happy new year!

With that I would like to wish you all a Happy New Year and say thank you for 2012. I‘ve been having my doubts about 2013, but now I ‘m really looking forward to it. I have some cool events and travels planned, I know that my work at Connecta will contain some interesting opportunities and I know that the demand for SharePoint is ever increasing… 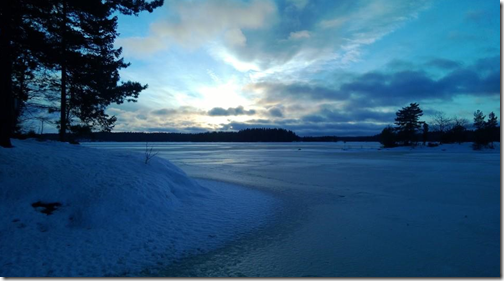 See you on the other side!

SharePoint 2013 introduces a whole set of new and improved features. One of the things that is both new and vastly improved is the Workflow platform. Workflow is no longer a part of the SharePoint core infrastructure, but instead a separate server product. Even though ye olde Workflow platform, 2010 style, is still in the product for backwards compatibility. SharePoint 2013 leverages the Azure service called Workflow Manager 1.0. (Not the cloud version but a local on-premises installation).