The SCCP allows you to create a model of your hardware, network and applications/servers using a Model Editor. The model can then be run through a simulator which warns you of eventual bottlenecks and allows you to analyze all kinds of different data.

SCCP also contains a hardware editor (CPU and hard disk configurations) so you can customize your model and adapt it to your existing hardware or hardware that you intend to use.

The SCCP can be loaded with different Capacity Models and wizards, which helps you to create your topology. 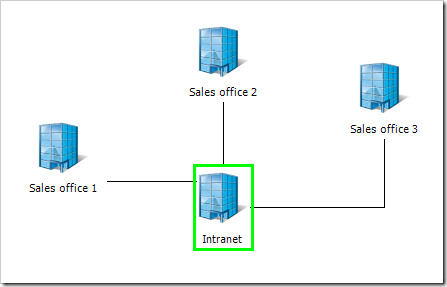 The image above shows a SharePoint intranet site with three branch offices and the image below shows how the topology looks like when you zoom in to the Intranet Site.

Using this Model editor you can change everything from the networks used to the number of users to the roles of the servers and then run a simulation to identify your bottlenecks. 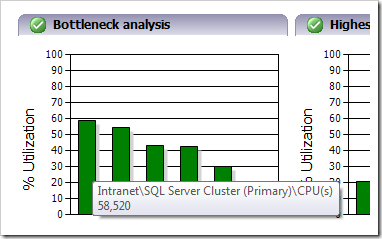 This is how the hardware editor looks like and you can see how detailed you can configure the CPUs.

There are only one Capacity Model out of the box; Exchange Server 2007.

The SharePoint models can be downloaded here and should appear soon on the TechNet System Center Pack Catalog and an Operations Manager model is in beta and should be shipped before summer.

This is a great tool for IT-professionals as well as architects and developers to identify possible problems before start wiring and plugging in. I can really recommend SCCP; especially when making proposals to clients, so you can test the recommended setup. I have been running the beta and RC for a while and are very satisfied with it.

The tool can of course not replace good knowledge of the products and hardware and should be used with caution.

The only drawback I found is that it should be possible to combine your models. For example making a content deployment (with staging, authoring and publishing sites) scenario with MOSS 2007 is not possible, you have to make several models and then make your own analysis

Where can I get this?

SCCP can be downloaded from the Microsoft Downloads site (4.7 Mb) as of today and the SharePoint models here (3.2 Mb).

You can now subscribe to this feed using Windows Live Alerts, just click the Windows Live Alerts logo and customize how you will receive the alert. This is another great Live service from the Microsoft Live team. You can sign up to create your own alerts here. Thanks to Michael Ganotti for the tip.