I have been knee-deep in SharePoint 2010 work both for my employer (Connecta) and for personal reasons (pure fun, book, learning…). A huge thanks to my wife and daughters that can put up with my constant chatter about this obscure thingie…

As previous years let’s sum up my year in a few sections.

Blogging, books and other writings

My blogging activities has been going up and down this year, but I think this year I have produced quite a few gems. I’ve seen the number of visitors steadily grow this year with about 700.000+ hits per month nowadays. The most popular posts of this year are the following ones: 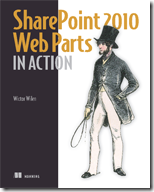 Part from blogging I’ve been writing on my book; SharePoint 2010 Web Parts in Action. It was not released this year as planned but watch out for an early release in 2011. I’m not going to write more about it now - that deserves its own post.

Except for writing on my own blog and the book I also produced a series about Visio 2010 and SharePoint 2010 for EndUserSharePoint.com, nowadays NothingButSharePoint.com - check it out. I still have a couple of posts to complete, so keep an eye out for them. I also wrote an article for the 2nd edition of the DIWUG SharePoint eMagazine about the new SharePoint 2010 themes - download it here.

A personal and professional highlight of this year was of course when I was awarded with the prestigious SharePoint Server MVP award. April the 1st this year I got an e-mail that made me choke and burst out in joy. Hopefully I can keep this award for quite some time. Being a Microsoft MVP has really given me some great opportunities to meet new people and talk SharePoint with a bunch of extremely talented people - I really look forward to the MVP summit in a few months.

One thing I enjoy is to talk about things I like - SharePoint for instance. This year I continued to deliver quite a few sessions on several occasions:

Looking forward to next year, hopefully I get invited to some more international conferences…

Last years summary post contained a few predictions for 2010 - and all of them fell in. “Microsoft will have something extraordinary coming in Windows Mobile 7” - Windows Phone 7 was released! “Another thing we will see starting emerge from Redmond is a new Internet Explorer…I expect some major improvements in standards compatibility…" - Internet Explorer 9 was released as beta!

So what about 2011? What’s in my crystal ball for next year? The wave 14 of Office/SharePoint has just begun, I don’t expect any new major announcements about the next wave, except for the Office 365 stuff going live. The release of IE9 and Silverlight 5 are no-brainers. This is what I think about next  year:

That’s it for me! Thank you everyone who subscribed to my blog or Twitter feed or visited/listened to me at conferences. Next year will be awesome. I’ve already made some really interesting plans for next year that I’m anxious to talk about at a later time. Let’s finish with a picture that I took today when I was out skating at our lake. Happy new year everyone!! 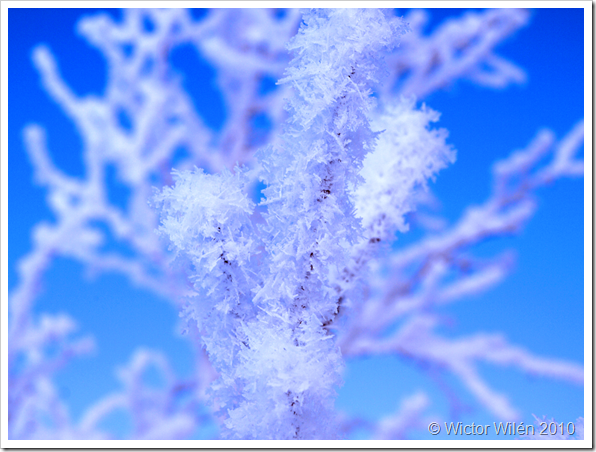 Recent discussions I’ve been involved with and blog posts have highlighted some of the SharePoint 2010 Sandbox limitations (either as bugs or as a feature). I have also talked about this during SEF 2010 and SPCSEA 2010. While writing my book SharePoint 2010 Web Parts in Action I had the opportunity to discover these limitations early on and have learned to live with it. If you read my book you will find a lot of references to “this does not work in the Sandbox” (you’ve already ordered it huh?

Welcome to 2011, this will for sure be an exciting year! I thought I start this year off with a series of blog posts about the different controls that can be used in the SharePoint 2010 Ribbon. Hopefully a bit better than the current MSDN documentation. The series will discuss each control that are available for usage in the SharePoint 2010 Ribbon and show you through examples and code how to use them.