Apple just released their new version of Max OS X (10.5) called Leopard, which of course has a real neat user interface and really cool experience - the Apple trademark. I have seen a lot of people moving on to the Mac platform the last years, but then we talk about personal and niche users and so far the Apple OS X share is about 4% compared to XP’s 80% and Vistas 8%.

I’m not a Mac expert nor user but I read as much as I can about new and impressive products to get a wide perspective on the area. During my read up on OS X 10.5 I have read about users getting, the Windows patented, Blue Screen of Death - which caused me some laughs.

Today I read about the OS X 10.5 network icons. Apparently when you browse the network with Leopard you will get an icon of Windows computers that is representing an old-school CRT monitor with a BSOD . This gives me an impression that Apple still wants OS X to be a niche product and I think it’s pretty childish and arrogant. 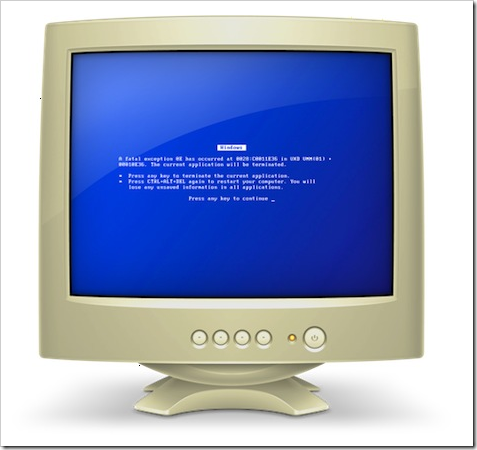 Here are instructions on how you change it to a “normal” icon: http://www.engadget.com/2007/10/30/mini-how-to-remove-the-windows-bsod-icon-in-leopard-make-os-x-a-little-less-smug

Yes, it is kind of funny at first sight…

When using BitLocker or encrypting your file system with EFS on Windows Vista, you will be using certificates and/or passwords. If these certificates or passwords are lost the chance that you loose the information and data on the disks that are protected is very likely. The certificates can of course be backed up on removable media or similar. But storing these kind of crucial information bits on a remote location is of course the best way and you should do that.