In a few months I am ready to get me a new phone. I currently use the HTC TyTN, which has been a very pleasant ride (except for the glitching screen right now, to many drops…). When Sony Ericsson announced XPERIA X1 in march I got so excited and decided to get me one as soon as it hits the stores. Today HTC announced that they will continue their Touch series with the HTC Touch Pro, another sweet dream! So which one will be mine? 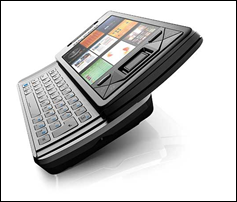 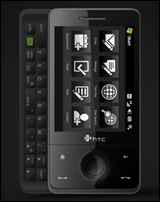 First of all here is a comparison of some of the specifications of the X1 and Touch Pro.

As you can see they are pretty similar in specifications and they share a lot of other common things like the camera (3.2 Megapixels), GPS etc, slide-out QWERTY keyboard. They only thing that they really differ is the screen size, a big plus for the X1 for the larger screen.

The main difference is the interface, on top of the Windows Mobile 6.1 Professional OS; TouchFLO 3D vs XPERIA panel interface. HTC’s TouchFLO is the favorite here. But I have not yet seen or tested the XPERIA interface yet.

So, by looking at the hardware XPERIA would be my winner and if I look at the software Touch Pro will be in my pocket (I will not carry them in the quite nerdy leather belt clip coming with these phones).

Why not iPhone 2.0 some of you might think? First of all I have not seen the specifications (coming next week I guess). Second: I don’t like the methods Apple use to lock in developers and forcing them to sell their products through their channels so Apple can steal percentage of your income. Third: I don’t think that iPhone 2.0 will be ready for business usage, i.e. no central administration, no QWERTY keyboard etc.

Which phone is your dream come true?

The Windows Live Writer has once again been updated, it’s still a Technical Preview. The new and updated version contains numerous improvements to the interface and introduces a brand new plugin model. New and improved features The interface has received some updates such as a tabs for switching between views and a nice feature which allows you to edit your post using your blog theme (might have been in previous builds, but this was the first time I’ve seen it).

Microsoft SharePoint is a great Enterprise Portal framework and contains a lot of collaboration and management features out of the box. SharePoint also has the abilities to find users and their knowledge using a social distance algorithm, but it has lacked some of the social features that applications such as Facebook successfully has implemented and been recognized for. Microsoft even owns a smaller part of the Facebook company. The enterprise equivalent of Web 2.